The total number of hair follicles for an adult human is estimated at 5 million with 1 million on the head of which 100,000 alone cover the scalp. In humans, the only external regions of skin devoid of hair follicles are the palms of the hands and soles of the feet. The basic hair follicle structure remains essentially the same throughout the range of mammalian species with modifications for specialized functions. The hair follicle can be recognized as a separate entity within the skin with formation and maintenance based on interaction between dermal and epidermal components. 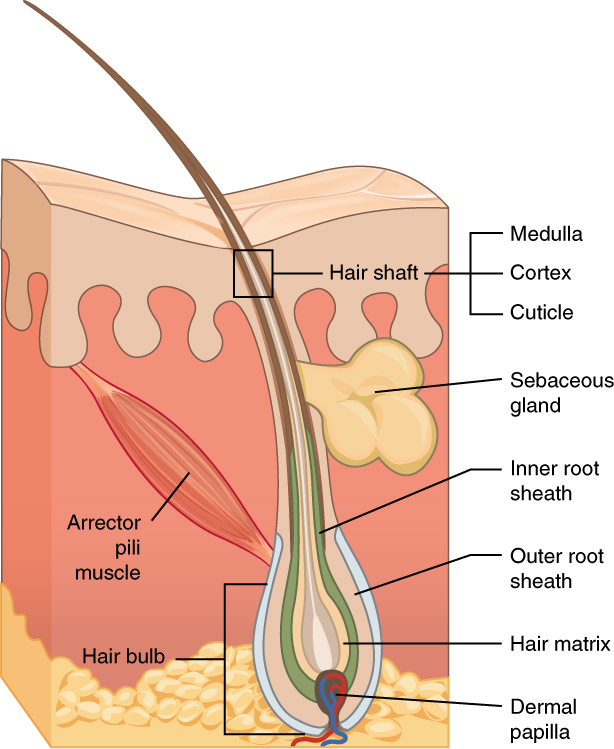 Laser hair removal focuses on the endogenous chromophore melanin, which is mainly found in the hair shaft, with a small amount present in the upper third of the follicular epithelium (Figure).

When an appropriate energy source (such as a laser) is directed at the skin, light is primarily absorbed in the hair shaft melanin. Heat is generated and diffuses to the surrounding follicular epithelium. A similar principle applies to laser treatment of vascular lesions, where the heat generated after absorption by hemoglobin is transferred from the blood to the vascular endothelial cells.

Laser and IPL use energy in the form of light to destroy the hair follicle. The energy directed from the handpiece is absorbed by the melanin in the hair follicle, momentarily heating it to around 70 degrees centigrade killing the follicle and thus preventing further hair growth.

However to complicate matters most people also have melanin in their skin that also absorbs light energy creating heat in the skin. If this heat is excessive it will cause blisters or burns. For this reason the ideal candidates for these treatments are those who are dark haired and fair skinned like the typical Irish complexion, whereas suntanned Danes with very fair hair are poor candidates.

We always insist that clients stay out of the sun for a few weeks prior to treatment so that the level of melanin in the skin is as low as possible and therefore wintertime is the ideal time for treatments. With care most people can be treated but some may require many more treatments and any white, grey and even some red hairs will respond poorly (or not at all) to light based hair removal treatments.

These will require many more treatments at a much lower power level and the operator will have to be extremely careful to ensure that the machine is correctly set to avoid skin damage. Thankfully, most modern laser and IPL devices make this process much easier but it is still necessary to have a highly skilled operator.

Hair grows in cycles and many factors influence it’s growth including age, ethnicity, weight, hormones, diet, medication and metabolism along with your hair’s location, thickness and resilience. Only hair that is in it’s growing cycle will be destroyed at each treatment session. The number of hairs growing at any one time and the length of time between treatments varies, but generally we allow 4 to 8 weeks 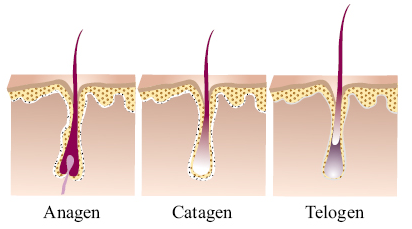 Hair growth cycle. Anagen is the active growth phase, catagen is the regression phase, telogen is a resting phase. There is sometimes mild pain associated with laser treatments. This discomfort ranges in intensity and has been described from as mild as the snap of a rubber band, to the sensation of a hot pinprick. When treating sensitive areas, (upper lip and bikini areas) some practitioners often elect to use a topical anaesthetic cream, which helps to reduce any discomfort.

One current laser hair removal machine, which operates by aiming a long pulse of laser light into the subdermal skin which holds the hair follicles, is the Alexandrite laser. The heat from the laser damages the hair follicles which are in the active hair growth phase, so that the hairs stop developing.

Diode lasers are laser hair removal machines constructed of miniature diodes or semi-conductors arranged to produce light. The construction of the diode laser means that it can create a longer wavelength of laser light energy, which is very effective in treating dark-complected people for hair removal.

Some dermatologists and cosmetic surgeons favor the Q-Switched Nd: YAG laser, because it can produce two lightwaves of varying lengths. For strong penetration, to affect the deep hair follicles, it uses infrared light; for the follicles nearer to the skin’s surface, it uses green light. It delivers either wavelength of light in rapid pulses.

History of the laser Machine

This chart shows colors of the visible light spectrum, and the associated wavelengths in nanometers. Ranges are traditionally given as: ultraviolet light, 100-400 nm; visible light, 400-750 nm; and infrared, 750 nm-1 mm.

This chart shows common types of lasers, and the major wavelengths associated with them. 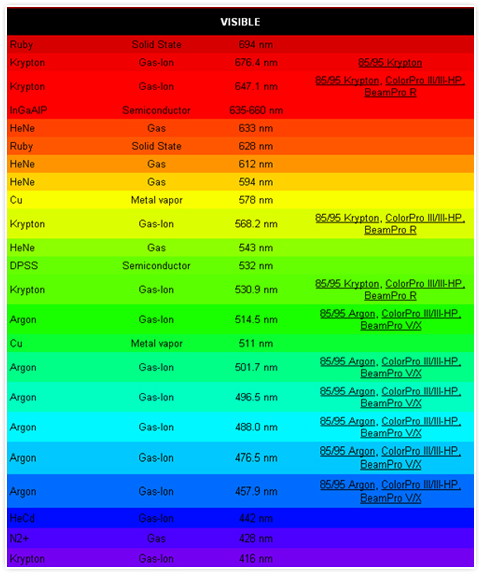 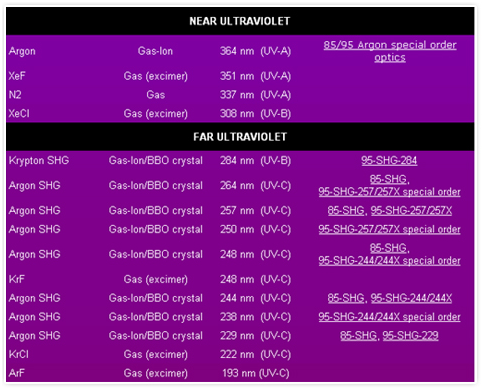 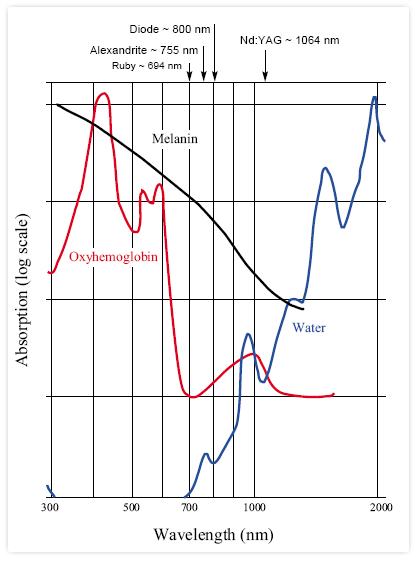 Laser hair removal is based on the principles of selective photothermolysis: a combination of the appropriate laser wavelength, pulse duration, and fluence. Wavelengths between approximately 700 and 1000 nanometers (nm) are selectively absorbed by melanin; the competing chromophores (oxyhemoglobin and water) absorb less energy at these wavelengths. The picture below shows the absorption of different chromophores in the skin. Therefore, any light source that operates between 700 and 1000 nm is appropriate for targeting melanin in the hair shaft.

The absorption of various chromophores as a function of wavelength. Ruby lasers operate at 694 nm, alexandrite lasers at 755 nm, diode lasers at 800 nm and Nd:YAG lasers at 1064 nm.

As you may have realized, at Skin Line Medical Laser Centers we use Alexandrite Lasers from the Leading US Company Candela. Alexandrite lasers produce laser light at 750nm. As you may see in the absorption curve, 750nm are very well absorbed by chromophor melanin, and at the same time has very minimal absorption from oxyhemoglobin and water. This makes Alexandrite lasers unique and best used for people in our geographical area.